38-year-old Vahid Hajjari from Iran is used to getting up at five in the morning - and not just so he can enjoy his morning coffee in peace… but so that he’ll have enough hours in the day to fit everything in.

This is because, while also working and looking after his family here in Denmark, he found time to take the Masters in General Management programme at the International Business Academy, Kolding.

With this master’s degree in General Management you learn techniques that will improve your business results and make sure your company takes on a leading position in the market, leaving the competitors behind.

Read more about the education >> 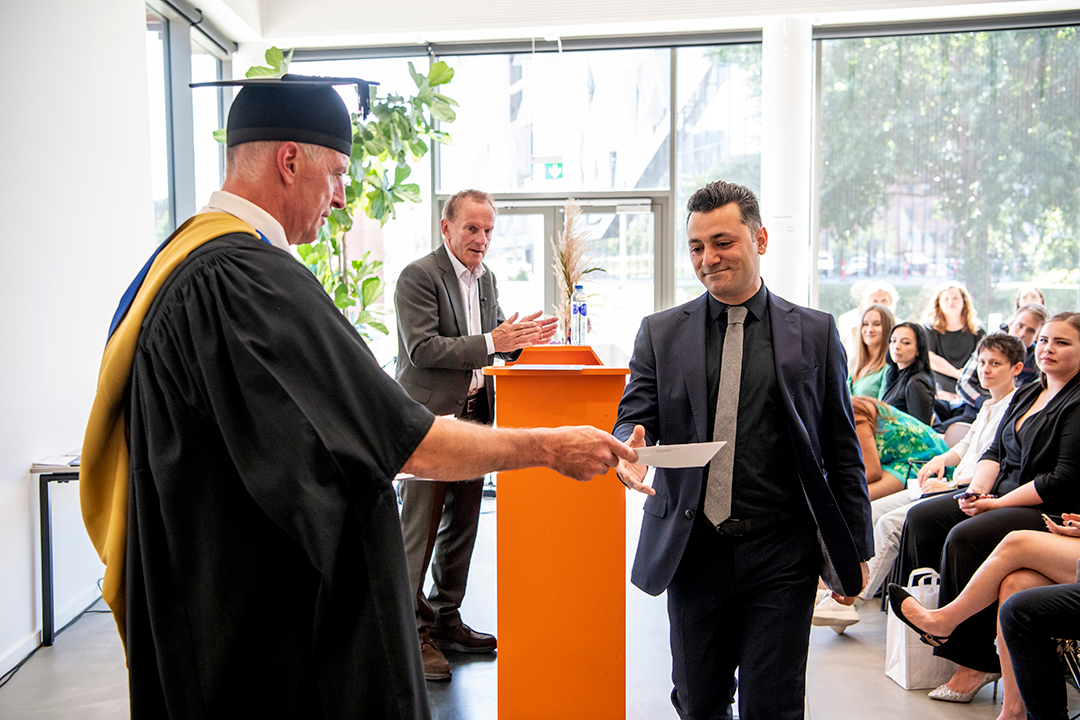 It’s complete! Iranian Vahid Hajjari receives official confirmation that he has finished his second MBA - this time studied in English, at IBA Kolding. He was handed the award by course leader Peter Lei at the graduation ceremony this summer.

“I’m used to working long days, and I’ve always studied alongside my work. As long as you get up early, it is possible. When I get home from work, I spend a bit more time on my studies… and after that there’s time in the evening to enjoy other things,” he smiles.

His regular job is at Alfa Laval in Kolding, as a Global Technical Support Specialist - and the global and international mindset is one of the main reasons he finds himself here in Denmark, and has now studied the MBA.

“I did my first MBA in Farsi - but I have an international career, so it made sense for me to study my MBA again in English, in order to make it more international. I would say that the degree programme has been calibrated well, to fit alongside my working life,” he explains. 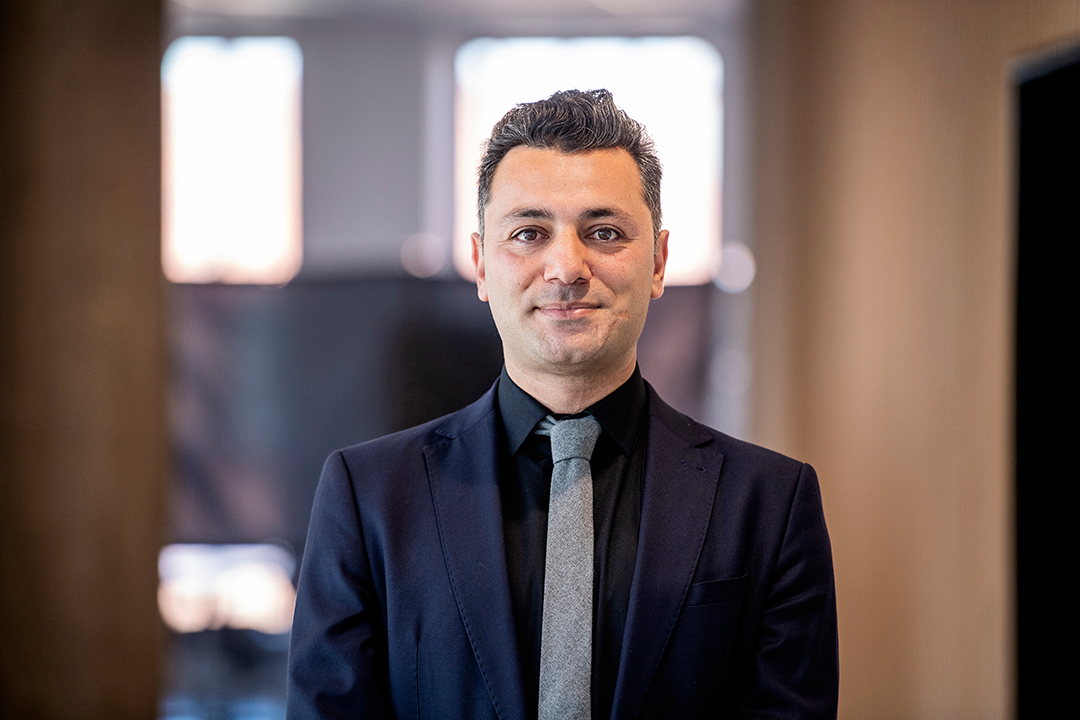 “It’s not just any place in Denmark where you can study exactly the thing you want to, in English. But I think I’ve been lucky to find exactly what I wished for,” says Vahid Hajjari of his MBA studies in Kolding.

Another factor, he adds, is that his first MBA, from the University of Tehran, is now ten years old.

“Even though aspects of the two MBAs I’ve taken are fundamentally the same, there is also much that has changed over a decade. There are many models within management and leadership which have evolved over the years - and also, I have changed, too. I can learn things today that I couldn’t before,” says Vahid - who expects that continuing to study various aspects of the field will be a lifelong pursuit.

“You can never say, ‘Now I know everything…’ - you have to keep learning constantly in order to keep yourself updated.”

Vahid has worked as an export and sales manager in both Iran and Dubai, but he always dreamt of having an international career. So he travelled to Europe, where, for the first couple of years, he worked in his company’s Danish office in Vejle. 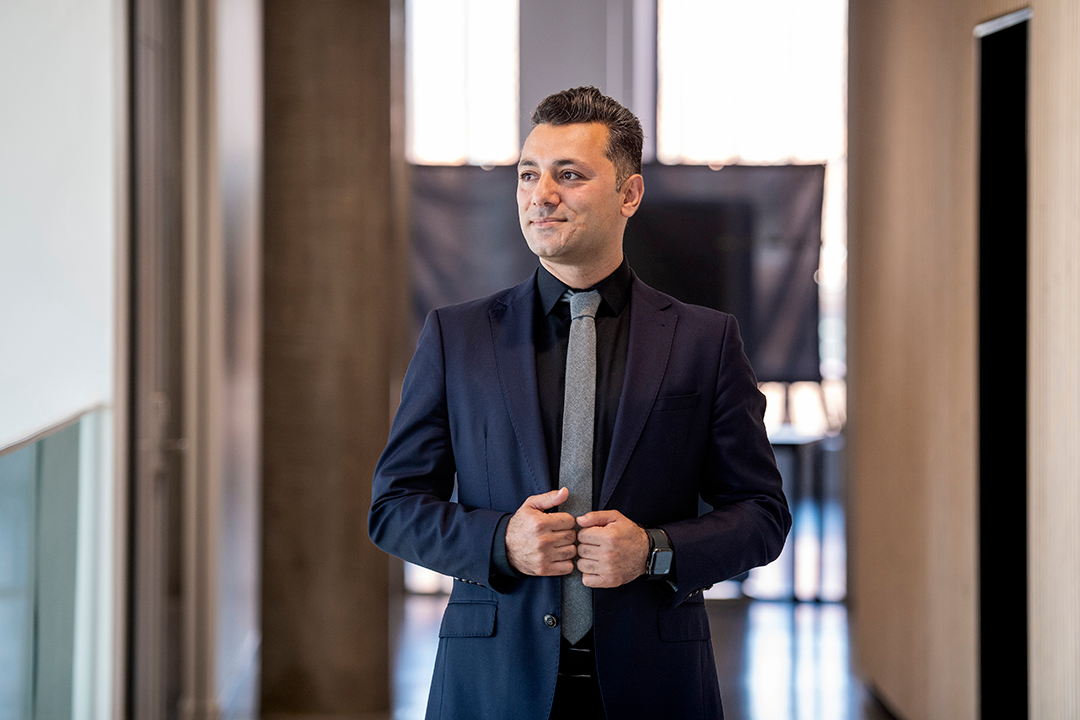 Vahid Hajjari came to Denmark in 2020, and the family settled straight away in Kolding. Today, he works at Alfa Laval, which is the largest company in Kolding

It was then that he became aware of IBA. He had already Googled ‘business academies’ when he was back in Iran - and was inspired by an article on the IBA website about an Iranian woman who had studied her MBA here in Kolding. Right from the outset, Vahid was focused on the connections between studying, and the career he wished to pursue:

“I could have taken my MBA in Copenhagen… but in the end I preferred Kolding, because it’s closer to the German border; and also because most of the Danish industry is located in Jutland.”

Vahid now has this new international degree under his belt, along with his international job - so he currently has no plans to move away:

“I actually do like big cities a lot… but there is a laid-back atmosphere here in Kolding, and for a family it feels very peaceful and secure - so, for us, it’s a lovely town to live in.”