76 hours’ teaching, including training with the team - plus part time jobs.

That’s what an intense week looks like for the four ambitious students on this academic year’s NIBS-team… when they’re not travelling the globe and taking part in competitions, that is. They are fully ‘on’, taking things in around the clock.

Or, as Max puts it: “learning the equivalent of an entire semester over just four competition days.”

What exactly is the NIBS team?

The NIBS contest is an integrated part of the talent programme in IBA’s study programme the Bachelor in International Sales and Marketing. The students participate regularly in various case competitions abroad.

The NIBS exercises test the students’ abilities in regard to problem-solving, business, cultural insight, communication and teamwork.

Every year, IBA attempts to enter a team in the competition known as NIBS - the Network of International Business Schools. In 2018, the contest will have been held for 23 years in a row.

For training and practice, the four students selected from IBA take part in case competitions held in Europe during October and November. With this training behind them, they compete in order to qualify for the NIBS contest at the end of the year. If they manage to place among the 16 best from out of 100 teams, they can go on to take part in the week-long competition in February/March.

The competition will take place at a university or institute of higher education, at a new location every year. In 2018 it's in Guatemala, in Central America.

See the IBA NIBS-teams through time >>

NEWS: In January 2018, the 4 bachelor students have extraordinarily been offered a seat for the NIBS competition held in Guatemala. 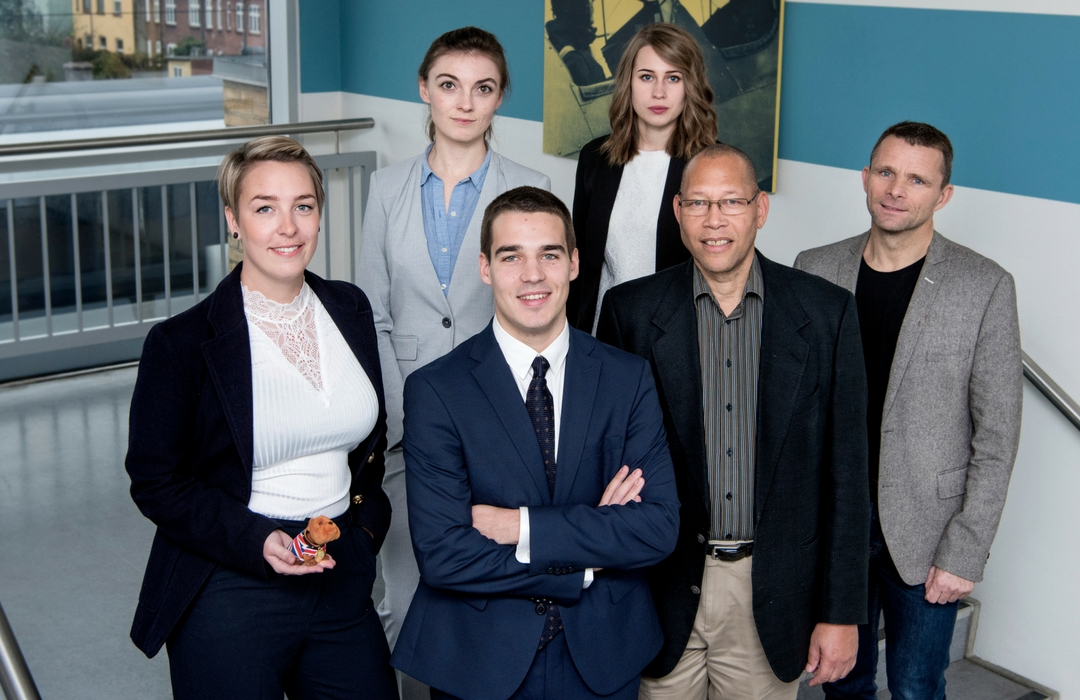 The four NIBS students all faced down stiff competition to make it through to the exclusive team at IBA in October 2017, and have since then rolled their sleeves up further. They work intensively on getting to know each other, in order to best combine their abilities.

The result is that they are able to solve complex case problems in just a few hours, like the ones often set by large, international companies.

The combination of these four sharp minds must be just right - as when the team won their very first competition, in Germany.

And in November 2017, the four IBA students travelled to Rotterdam, Holland, to take part in a much larger competition where many international teams participated. There they landed sixth place out of 16 participating teams. 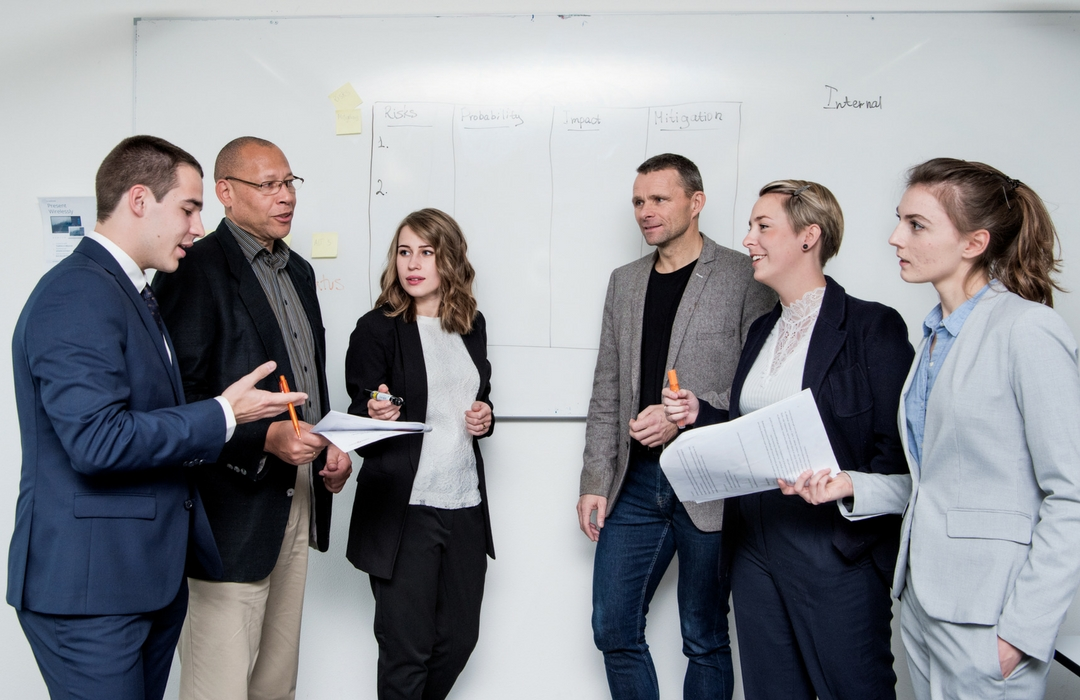 Each of the team’s four members signed up to the competition to gain experience and expand their knowledge - to experience being a member of a strong group, in which everyone has ambition and gives “the best of themselves.” And not forgetting the opportunity to travel.

All of the preliminary competitions were to train the team, so they could qualify for the ultimate goal: the NIBS competition, held in Guatemala in Central America in February 2018. A competition that saw a record high interest this year from teams all over the world.

Due to the tough competition, IBA's team was unfortunately unsuccessful to be selected among the top 16. The 16 best out of over 100 teams from all over the world.

HOWEVER, due to the cancellation from a Chinese team, the Danish NIBS team were offered a spot in the international competition anyway. 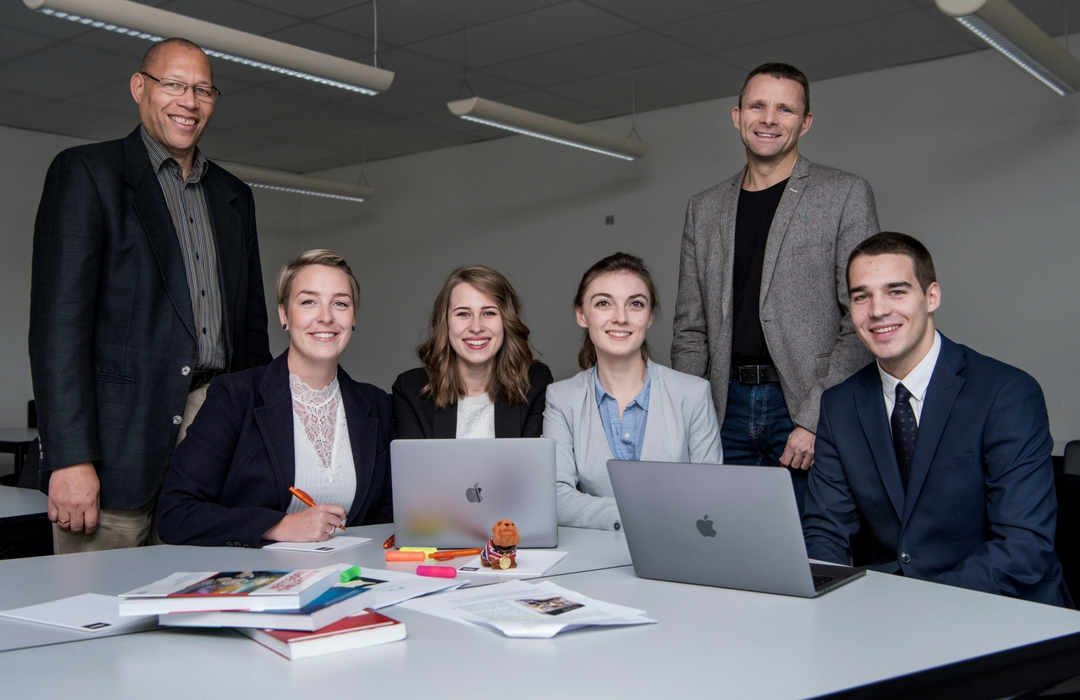 IBA’s NIBS team had only just been assembled when they set off for their first competition in Schwäbisch Hall in Germany - and despite the fact that they were only just getting to know each other, they won the contest.

No time for romance

“Our friends teased my boyfriend a bit by asking if he ever gets to see me,” says 27-year-old Didde, who’s studying in Danish; as opposed to her teammates, who all study in English.

The study programme is generally the same for them all, though - the 3.5-year professional bachelor’s in International Sales and Marketing.

Team member Alla is furthest along in her studies, as she’s now about to finish her second semester. In the final semester she’ll carry out a three-month internship, and she has secured a position at S.A. Christensen in Kolding. They think her participation as a team member in the NIBS competition is especially exciting:

“They’re totally behind me, and fine with the fact that they may have had to do without me for a week in February… if we were lucky enough to qualify for Guatemala,” says Alla. She’s from Russia, but three years ago she met her Danish boyfriend, and for the last ten months they’ve lived in Kolding.

Because she speaks Danish with both her boyfriend and her in-laws, she’s already impressively good at the language. But then she also has plans to make a career in Denmark, once she’s finished her studies in June 2018.

In Rotterdam in Holland, amongst others, where the team locked horns with some of the best teams and won in their category. Unfortunately they lost the quarter/semi-finals, ranking in sixth place. And the price as "Most Inspiring Team". 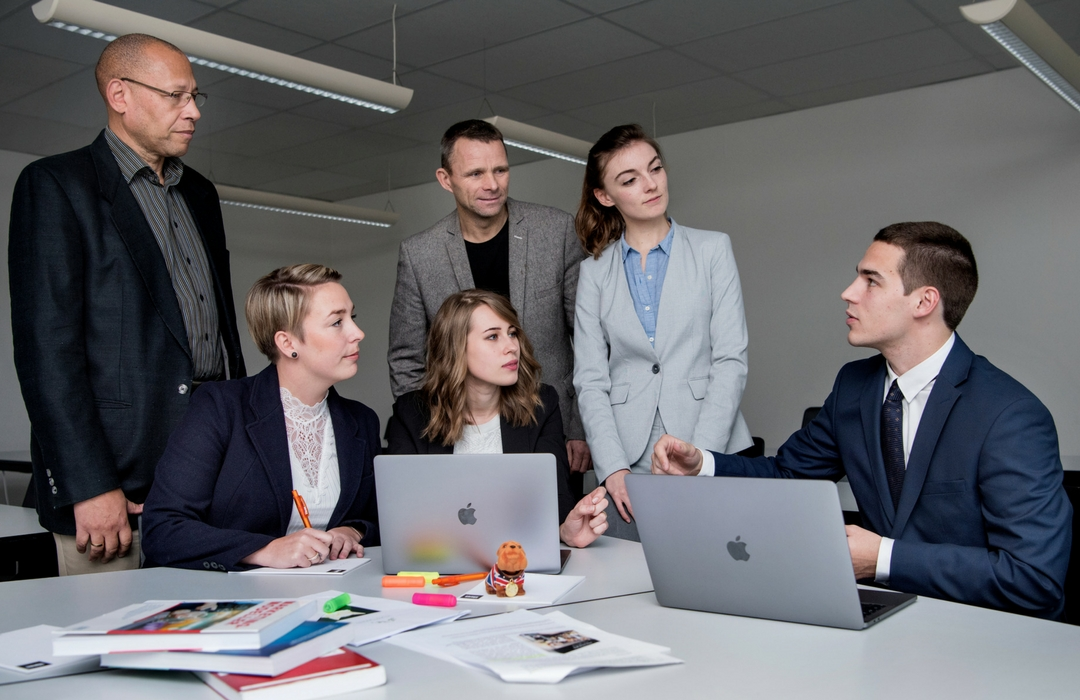 As a practice run for the big competition, the team took place in several smaller contests in October and November.