Since then, exports for the populous country have grown continuously, and now Aller Aqua is building a factory i China.

And a large investment in a foreign country also means taking the time to build relations and learning the culture. "To manage this, you have to be hands-on," Hans Erik says.

The aim of IBA's Confucius Institute

Hans Erik Bylling eats a lot of fish himself. He usually ask guests if they had their ration of fish. If not, he is quite prepared to help. For of course Aller Aqua serves fish at lunch.

He travels to China regularly – and wants the Chinese to visit him at Christiansfeld.

However, during the last year he has profited from IBA's Chinese cooperation – the Confucius Institute.

- After all, it is our ambition to move even closer to China. So when IBA decided to create a Confucius cooperation i October 2015, we saw it as a fantastic opportunity for us. The Chinese events allow us to gain insight in Chinese culture, says Hans Erik Bylling.

An awful lot of fish

He is third generation in charge of the 108-year old company.

Fourth generation – Hans Erik's son – is stationed in China to oversee the building of the new large factory. For even though Aller Aqua exports fish feed to 60 different countries throughout the world, China make up a very large part.

- They produce an awful lot of fish in China and are actually the world's largest producer of aqua culture, Hans Erik Bylling explains.

The Confucius cooperation in Kolding has not only given Hans Erik an insight into Chinese culture but also allowed him to build a network of companies that are already either exporting or are planning to export goods to China.

- In fact, this network is one of the most important factors to me. Here I meet colleagues from South Jutland who also do business with China and with whom I can discuss common challenges.

On a national level, Hans Erik has participated in similar networks. He is pleased that he no longer has to travel to Copenhagen. This gives him more time as meetings are held locally.

Hans Erik is also very interested in other cultures and believes that we should open up the world by meeting and talking.

That's why Aller Aqua, 24 years ago, accepted a visit from a Chinese delegation to the old water mill. For many years the mill served as head office and driving force for Aller Aqua.

Eight Chinese visited Denmark for two months to gather inspiration as to how they could improve their own fish production back in China.

For a week they stayed with Hans Erik and his parents in Christiansfeld. 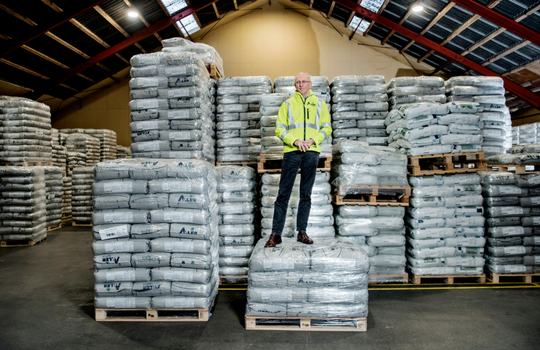 Several times during their visit, the Chinese not only bemoaned the lack decent fish feed in China but also the poor quality of their fish eggs.

So when the delegation was about to leave, Hans Erik made them an offer through the interpreter. If one of them would buy two containers of Danish fish feed, Aller Aqua would ship 1 million free fish eggs from Christiansfeld to China.

Months went by, and nothing happened, but on New Year's Eve Hans Erik's new Chinese friend called. He wanted to order the first two containers of fish feed and to receive the additional 1 million fish eggs.

This was Aller Aqua's first export order to China, and in the many years that followed, the company was able to double sales every six months.

Right until 2001 when European exports of the animal feed to China ground to a halt because of the mad cow disease. China imposed a ban which affected 10 years of trade. 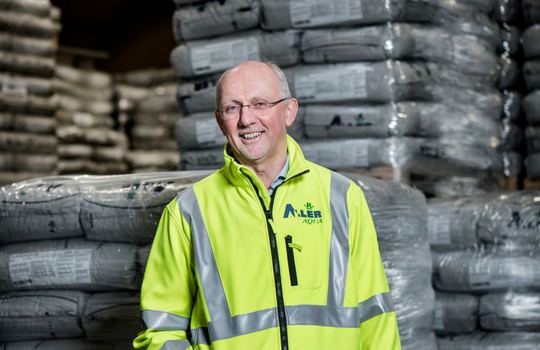 Thanks to the new factory in China, Aller Aqua will now also be a Chinese company. The company already owns factories in Germany, Poland and Egypt.

But for all of the 10 years Hans Erik continued his travels to China, maintaining contacts. So when trade was resumed in 2011, Hans Erik and Aller Aqua were already in the starting blocks. Today, Aller Aqua ships on third of the it's Danish production directly to China.

Production in Denmark is feasible because of, among other things, the low energy prices. However, delivery times pose a challenge.

From the time when the fish feed is packed in Christiansfeld and the Chinese can open the containers, three months have passed. This also means that Aller Aqua has a large amount of money tied in goods in transit.

And this is the reason for building the factory in China. A factory which will ensure fast deliveries to the many Chinese customers.

Building factories abroad is not new to Aller Aqua who already have factories in Germany, Poland and Egypt. 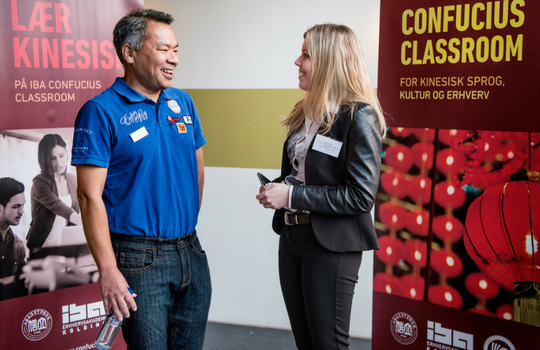 Hans Erik Bylling speaks German and English and uses interpreters for the rest when he travels the world. With 60 countries as export markets, he has given up learning the different languages and concentrates on learning the respective cultures instead.

- The Chinese are quite funny. To them speaking the word ”no” is in fact a big no-no. I often tease our Chinese employees with this, so far I haven't been able to make them say the word despite all my efforts to trick them, he laughs.