China Business Forum: how to do business in China

Around 110 business-people, students and other curious parties happily accepted the invitation to take part in the China Business Forum at IBA on Tuesday April 24th, 2018. This was a free event, arranged by IBA’s Confucius Institute - the objective of which, amongst other things, is to promote trade between Chinese and Danish businesses.

The aim of IBA Confucius Institute is to strengthen educational and business cooperation between China and Denmark.

In regard to that, Confucius Institute held the China Business Forum in April 2018.

And there is more to come: 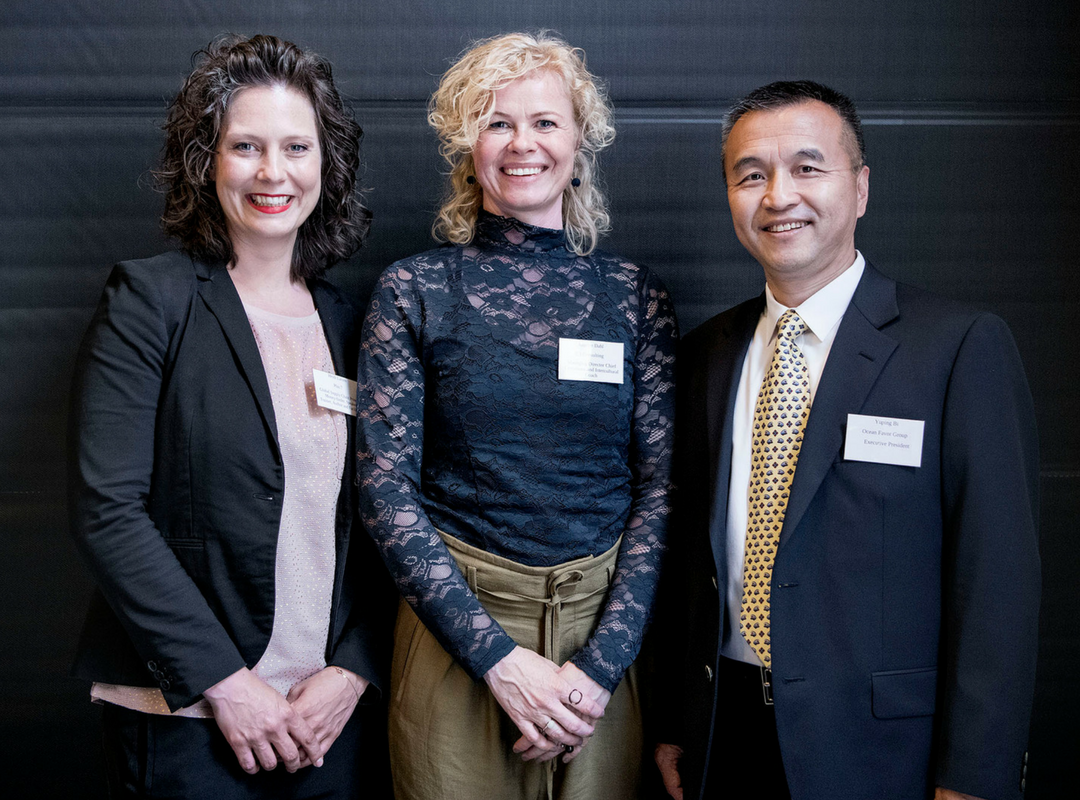 Confucius had invited three inspiring speakers - one from China and two from Denmark - each of whom provided, in their own way, an insight into Chinese and Danish cultural differences.

These speakers also provided valuable input into how Danish companies should approach doing business in China, where the standards and norms are somewhat different to those of Denmark. 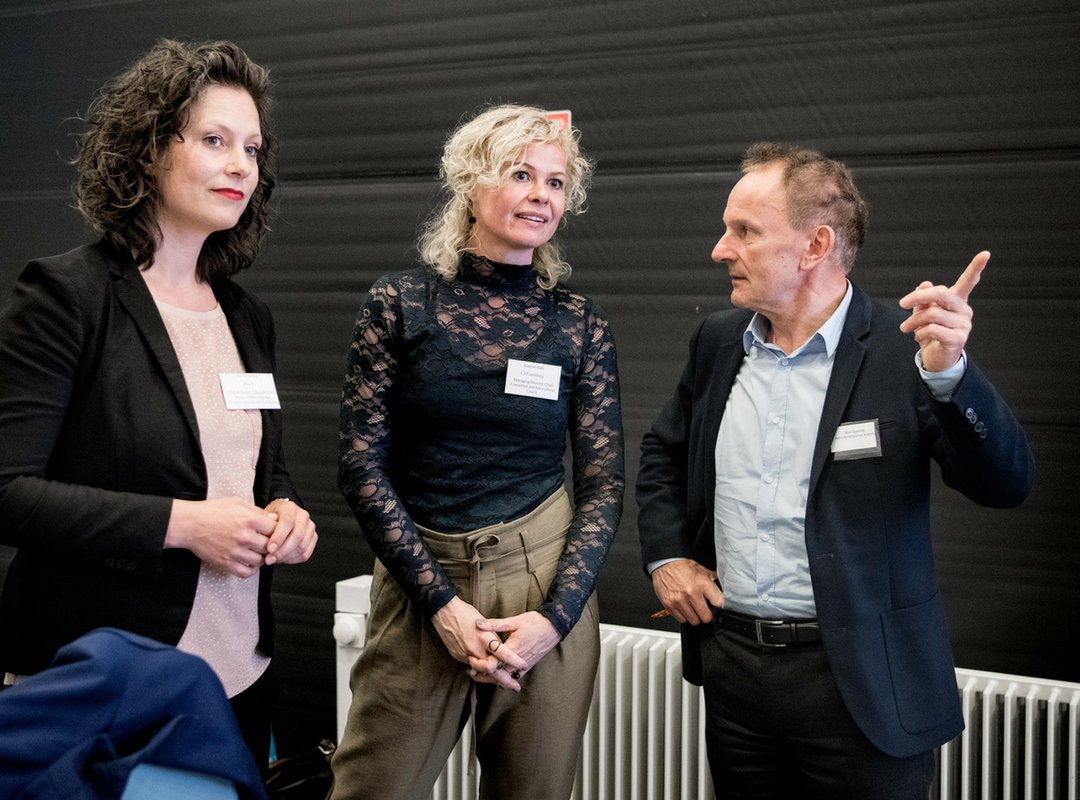 - We Danes often think we have all the answers, said Heidi Larsen, who amongst other things has written two books about China. She continues:

- At the same time, though, we expect our subcontractors in China to be innovative. But how can they be, when we never invite them into the development process? Start doing that, and I believe you’ll begin to see the innovation. 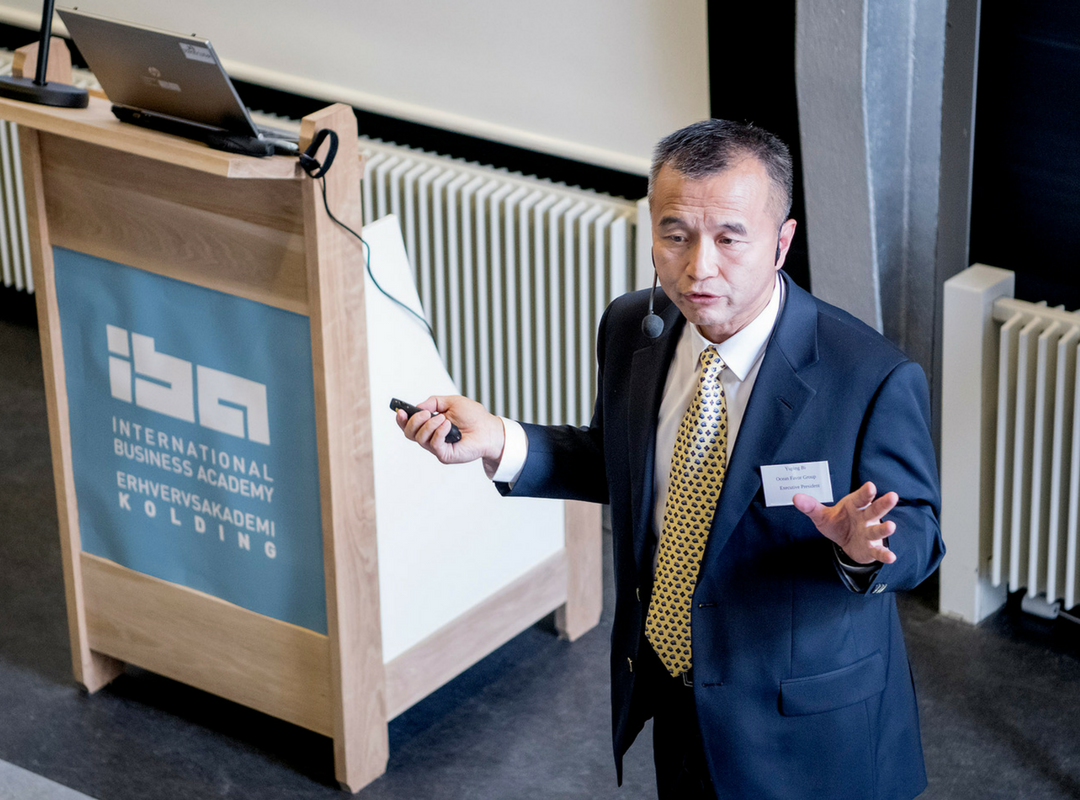 Yuping Bi, Executive President, Ocean Favor Group, Changhai China, has travelled in almost 50 countries, and this has given him a huge amount of experience with different cultures. He explains that China contains 56 nationalities and nearly 1.4 billion people. 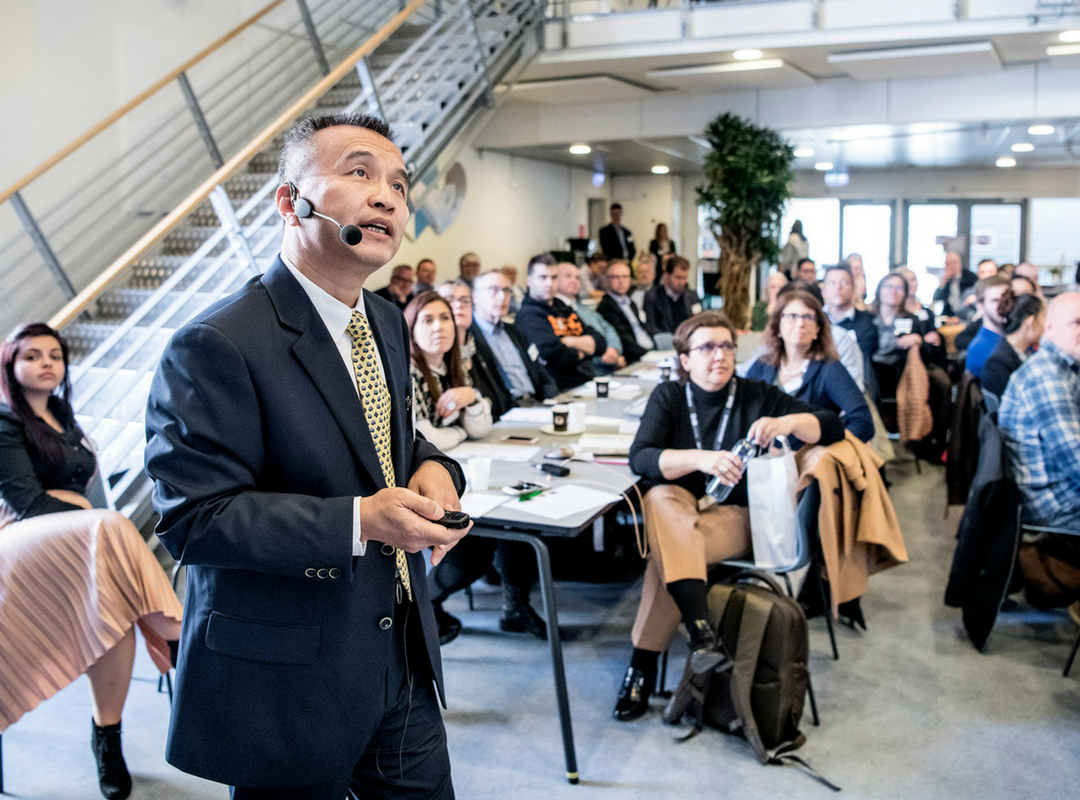 Yuping Bi showed photos from his Chinese homeland as he described the country - a land with a large difference between poor country peasants and townsfolk. He also described how there’s a traffic officer stationed at the majority of the major intersections, because most of the traffic lights don’t work. So in some ways, he says, China is not so technologically advanced.

The Chinese tend to observe the chain of command

- I held a workshop with a group of Chinese people from a certain company, and, in a group setting, asked for their honest opinions about the subject we’d been discussing. As one of them explained to me later though, on a one-to-one basis, they hadn’t been able to say anything since their boss was also taking part. It would have been impolite and inappropriate of them, since, as an employee of an organization, you should only express yourself through the correct and proper channels.

- So, I would encourage anyone wishing to do business in China to stop seeing them as Chinese and yourself as Danish – and to see us all instead just as people, who happen to come from different cultures… because ‘normal’ does mean something very different in China. 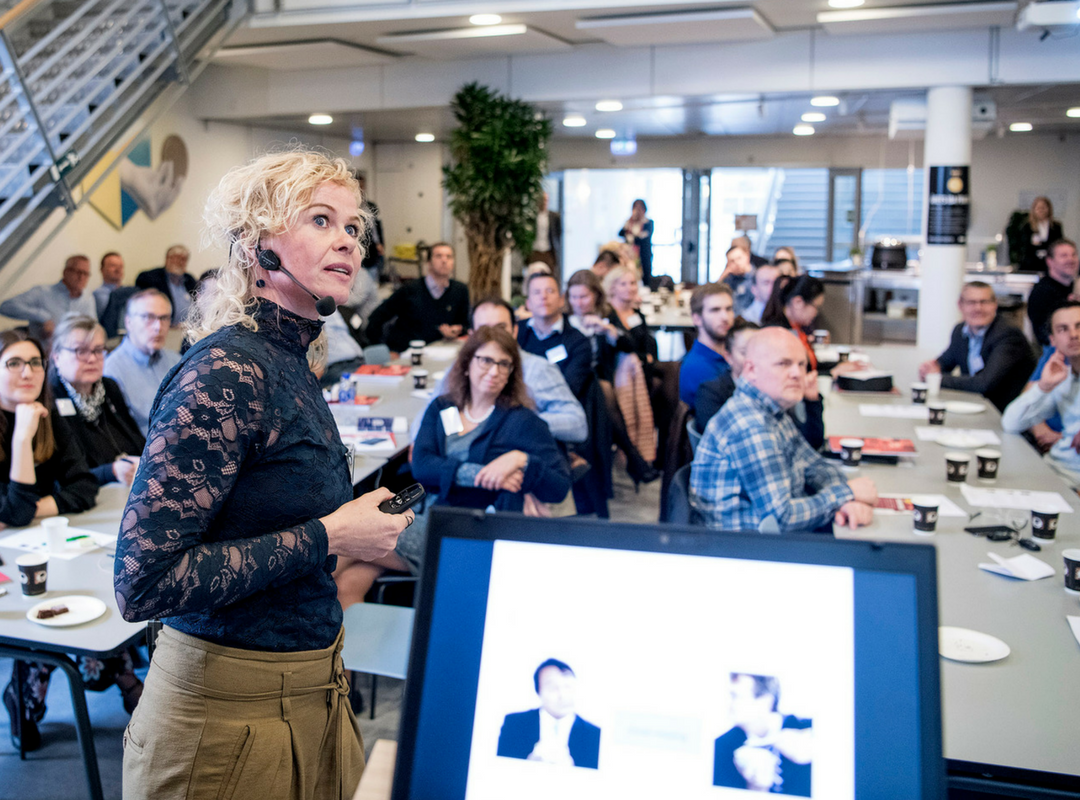 - Many people contact me and ask, ‘Why do my Chinese partners do this or that?’ says Annette Dahl. And she continues: 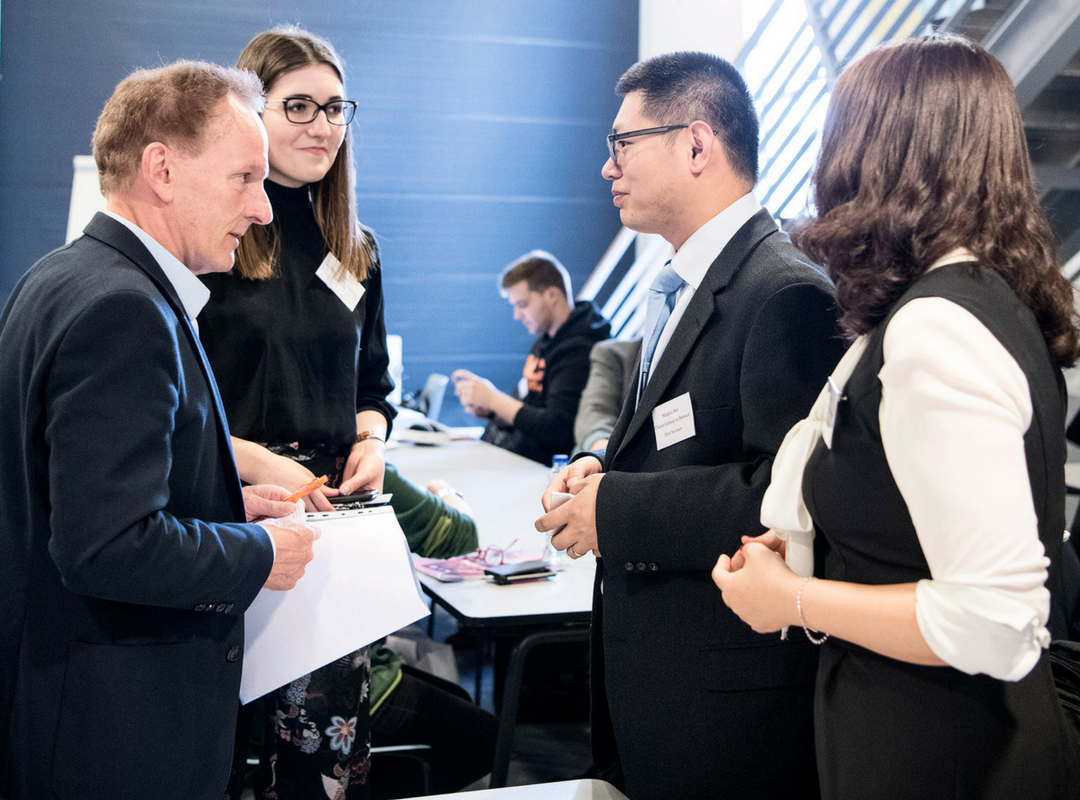 President of IBA Niels Egelund, pictured here with Dora Peter from Confucius Institute, in conversation with Minghua Ren (with glasses) and Lisha Xie, who are both from the Chinese Embassy in Denmark. 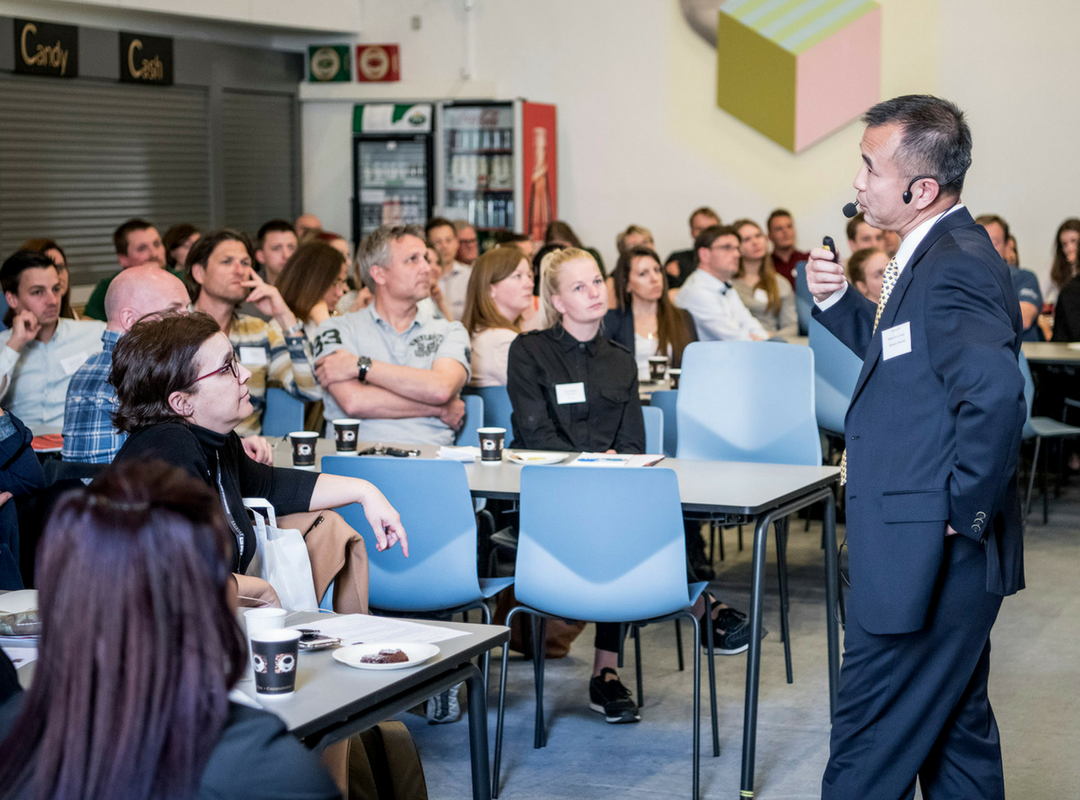 - Chinese people can be extremely open, as I am being now when I stand here and tell you that we can also be very reserved and just sit quietly in a corner. We Chinese typically contain both elements, said Yuping Bi. 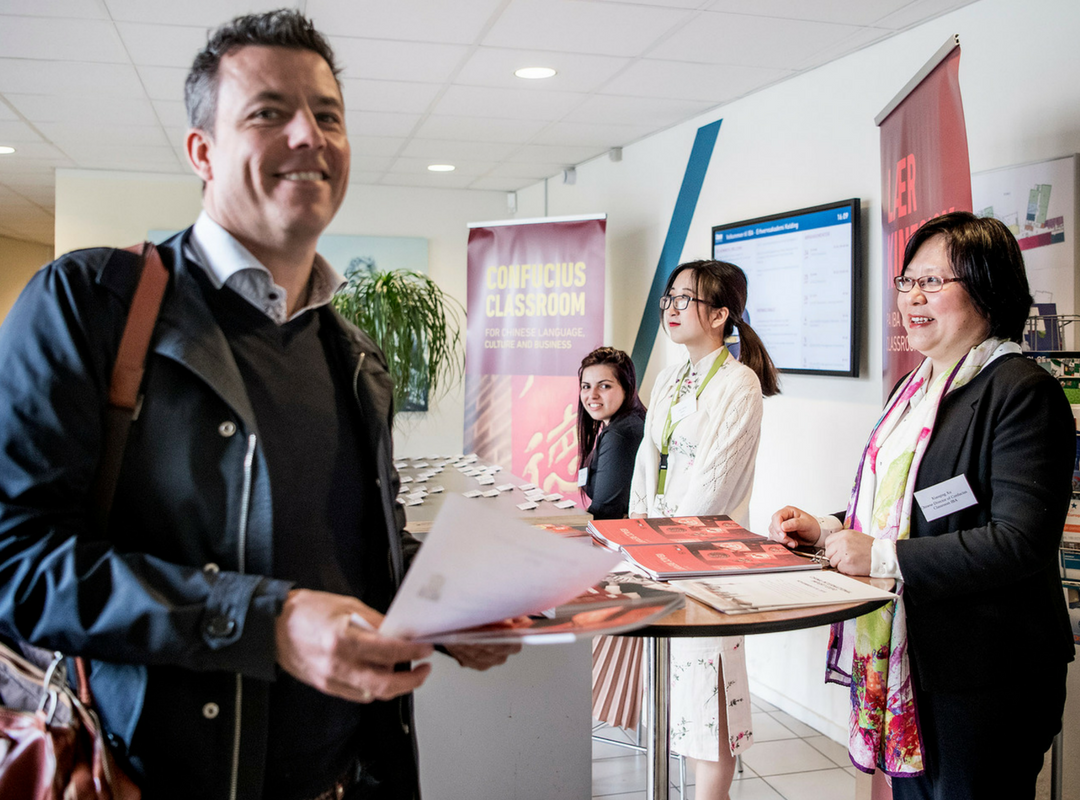 Several of the participants in the evening’s event were local business-people, who have either done business with China or are considering it. Several of them also study Chinese at IBA once a week, in order to get along better in China.

Many of the guests at the event are already in the business of importing products from China or working with Chinese subcontractors. One of them is Kolding company Zapaya, who have imported goods from China since 2002, especially shoes, selling them via retail chains in Denmark and Germany. And when Michael Duus and Torben Jæger first went to China in 2002 to source products, they didn’t know much beforehand about Chinese culture.

- It was about using people skills and exercising judge of character, and seeking out the Chinese people we felt we could do business with, explains Torben Jæger, one of the Zapaya team who does the most travelling in China. 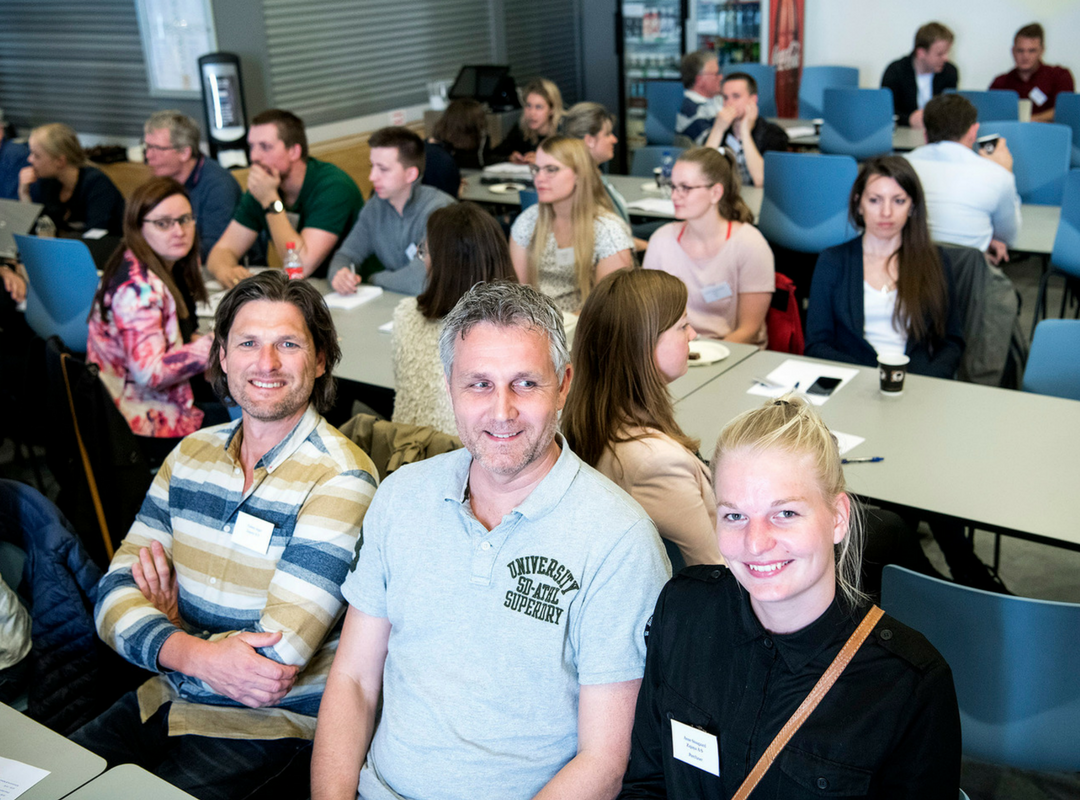 When International Business Academy Kolding invited people along to a free China event on Tuesday evening, among the participants were Torben Jæger (stripy shirt), Michael Duus, and Anne Stougaard, from Kolding company Zapaya. They are curious to learn more about their Chinese collaborators.

He and his colleagues took part in the China Business Forum to get a better understanding of all things Chinese - and they also had some good advice for any of the guests considering doing business with China:

- Get thoroughly acquainted with the legal landscape in China before you begin - because it only gets more and more complicated. So it’s important to have everything in place to begin with. 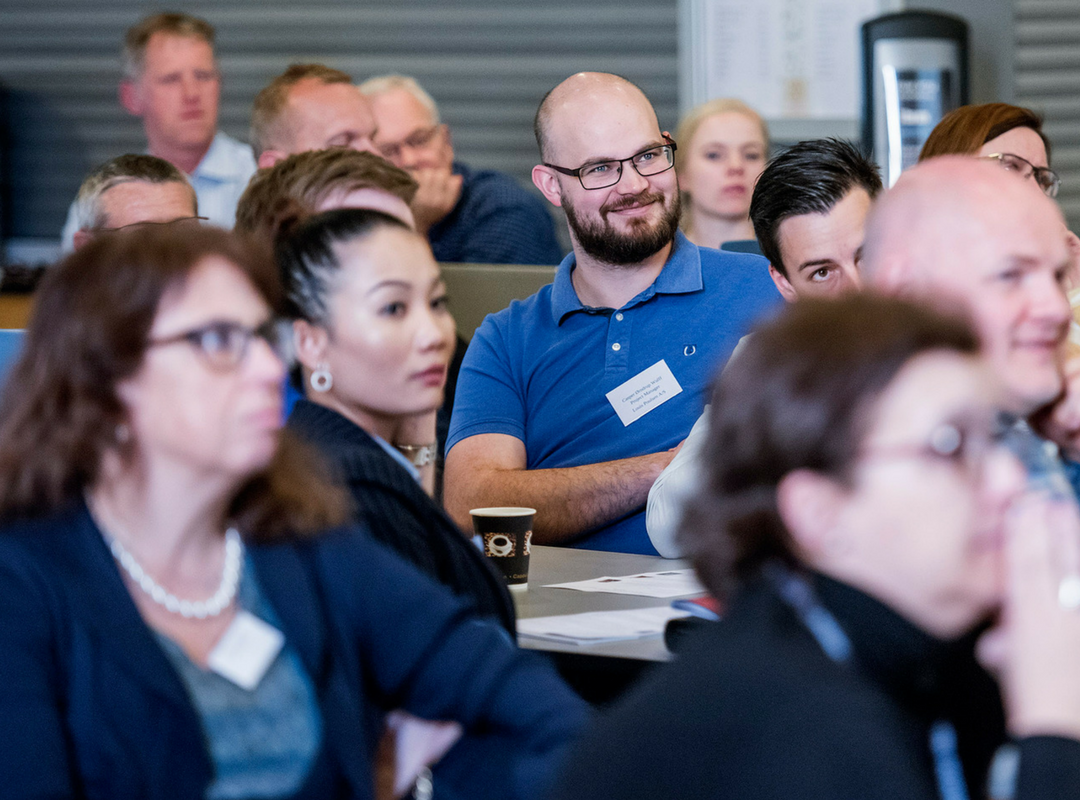 Casper Ørndrup Wulff from Louis Poulsen in Vejen (in blue shirt) goes to Chinese lessons every week at IBA, and came to the event along with his colleague Christian Dinnsen (right) to learn more about Chinese culture.

Learn Chinese, so you can join the conversation

Next to the Zapaya team sat project manager Casper Ørndrup Wulff and development engineer Christian Dinnsen, from Louis Poulsen in Vejen - a lamp manufacturer which uses subcontractors in China.

Casper and Christian have both been attending Chinese lessons once a week at IBA because of this, and have now passed the first exam. For them, it makes good sense to be able to speak to the subcontractors’ production teams, for example.

- Our advice to others is to learn the language at least to a basic level. We go to Chinese classes because we’ve found that many of the regular Chinese people ‘on the street’ don’t speak English. In order to understand some of what’s being said, and also to be able contribute a couple of sentences yourself, it’s a great advantage not to have to wait around for an English-speaker higher up the chain to be called upon, Casper Ørndrup explained. 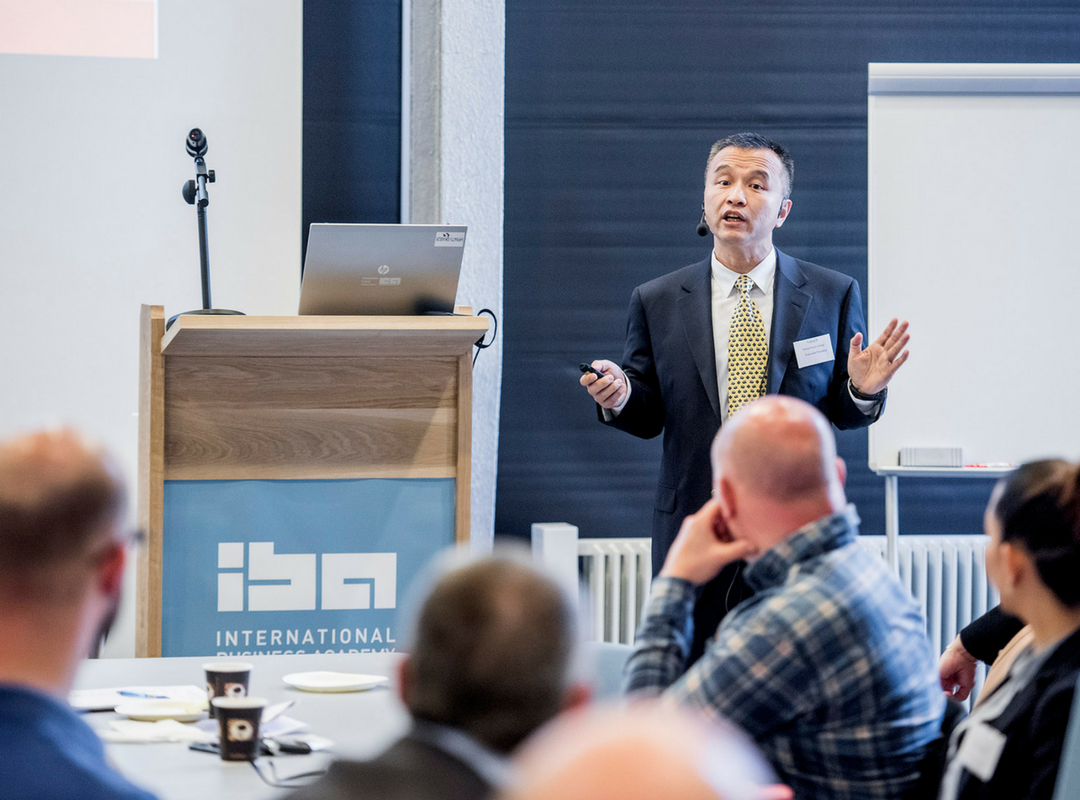 When European businesses come unstuck in their dealings with China, it is often due to cultural challenges, said Yuping Bi on Tuesday evening at IBA in Kolding. 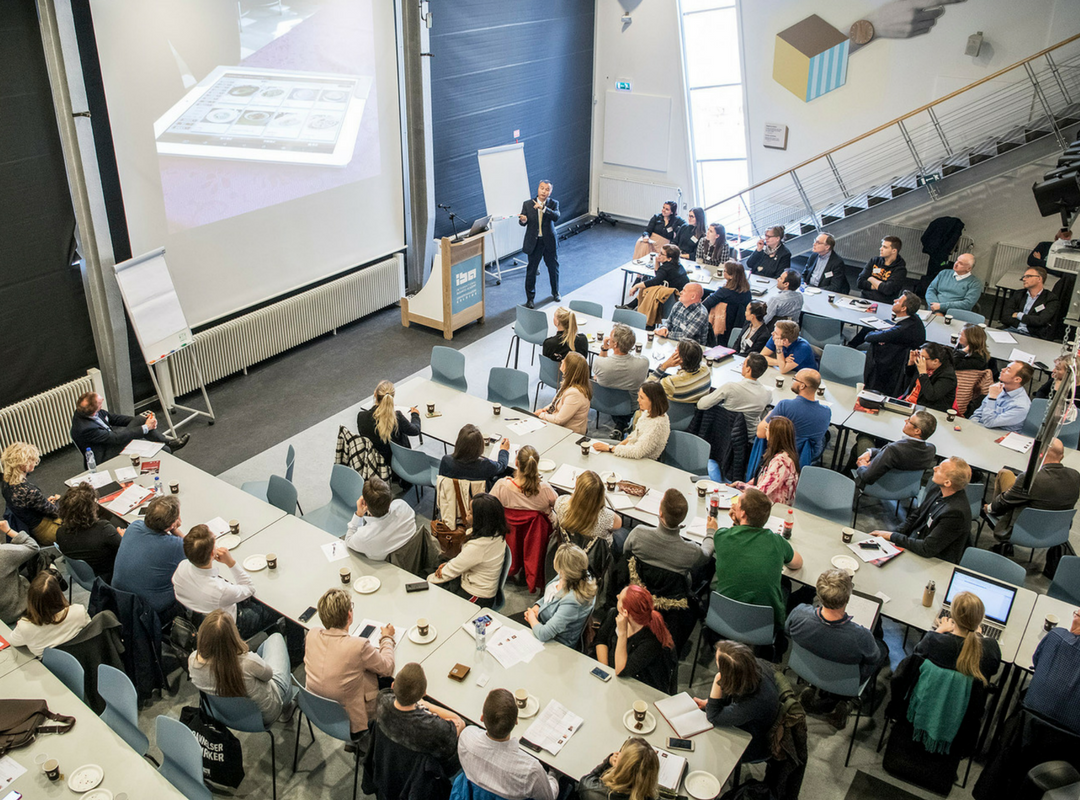 In front of many companies in China in the mornings, you will see employees standing on a green area and meditating together, or receiving a pep-talk. This is something that has become popular in China over the last 10 years, says Yuping Bi, who thinks it was originally inspired by Japanese or Korean practices. 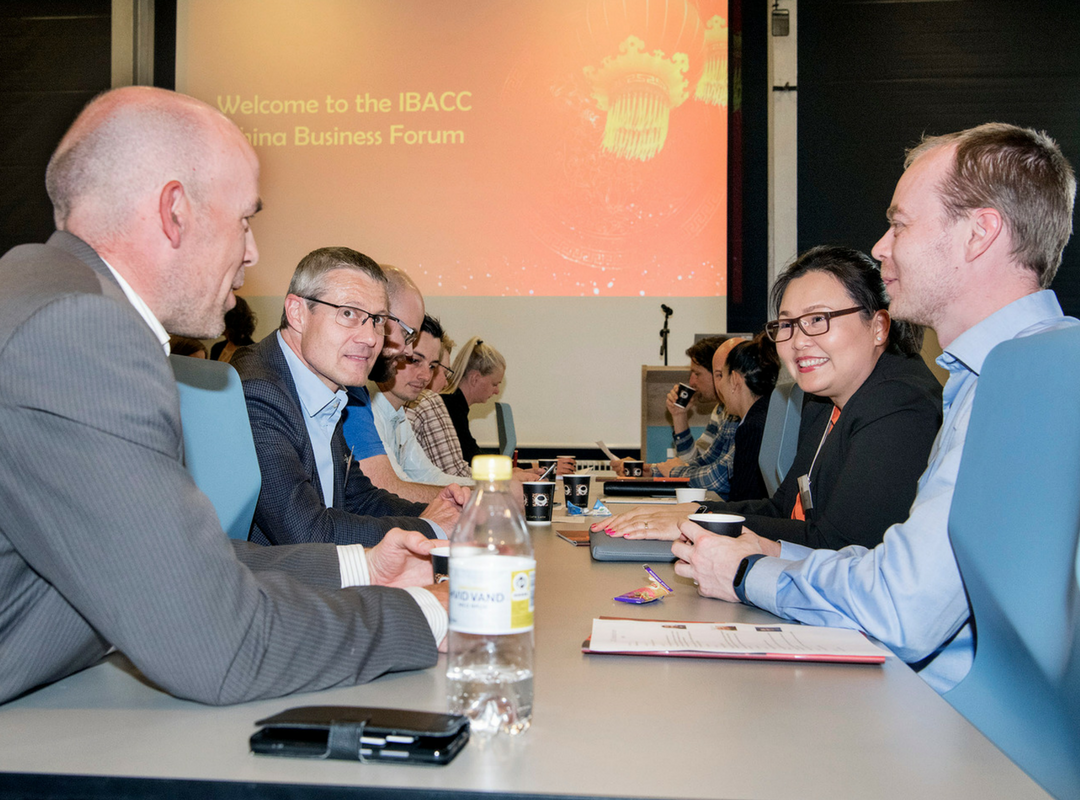 IBA’s Confucius Institute hosts free events several times a year, in order to encourage greater understanding between the Chinese and the Danes - as on the evening of Tuesday April 24th, where the theme was around business and trade with China.